← more from
Comedy Minus One 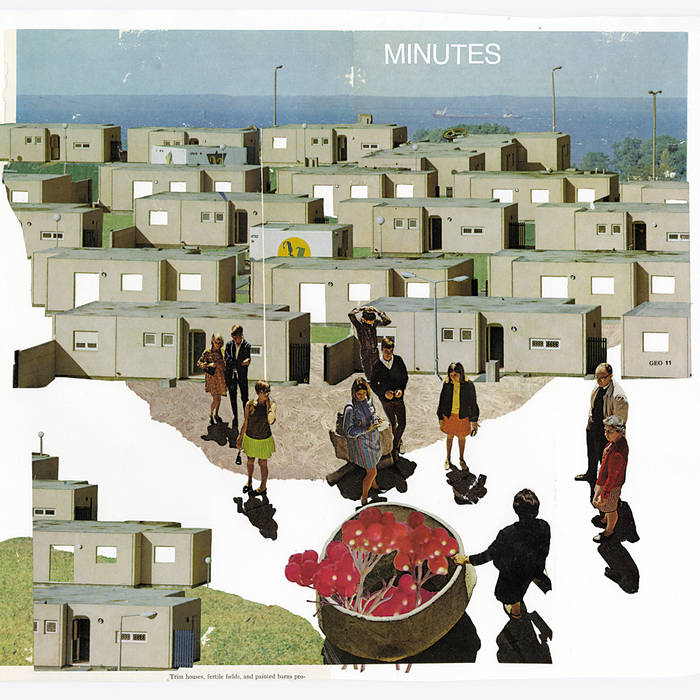 Steven Brady I can't get enough of these guys!! A Must BUY. Favorite track: Sheriff of Morlock County.

Leonids This track has amazing melody with crazy off kilter guitars. Hard driving and sing songy at the same time! The best. Favorite track: Peacetime.

Conan Neutron Minutemen-esque economy of motion and arrangements. Fugazi sense of purpose. RIYL: best of dischord and the most relentlessly catchy of the Touch and Go crew. Favorite track: Float and Breathe.
more...

Minutes began playing music in the summer of 2008. Composed of Chafe Hensley, Mark Larmee, Ryan Nelson, and Isaac Turner, all of whom are solidly "in their 30's", the band was started as an outlet for songs written by all members of the band. The modus operandi was always to enjoy the act of making music and to "serve the song".
[Live Photo by Casey Spring] ... more

Bandcamp Daily  your guide to the world of Bandcamp

Featured sounds from Fly Lo and Ahmed Idris, plus Mother Nature hops on to drop off new project